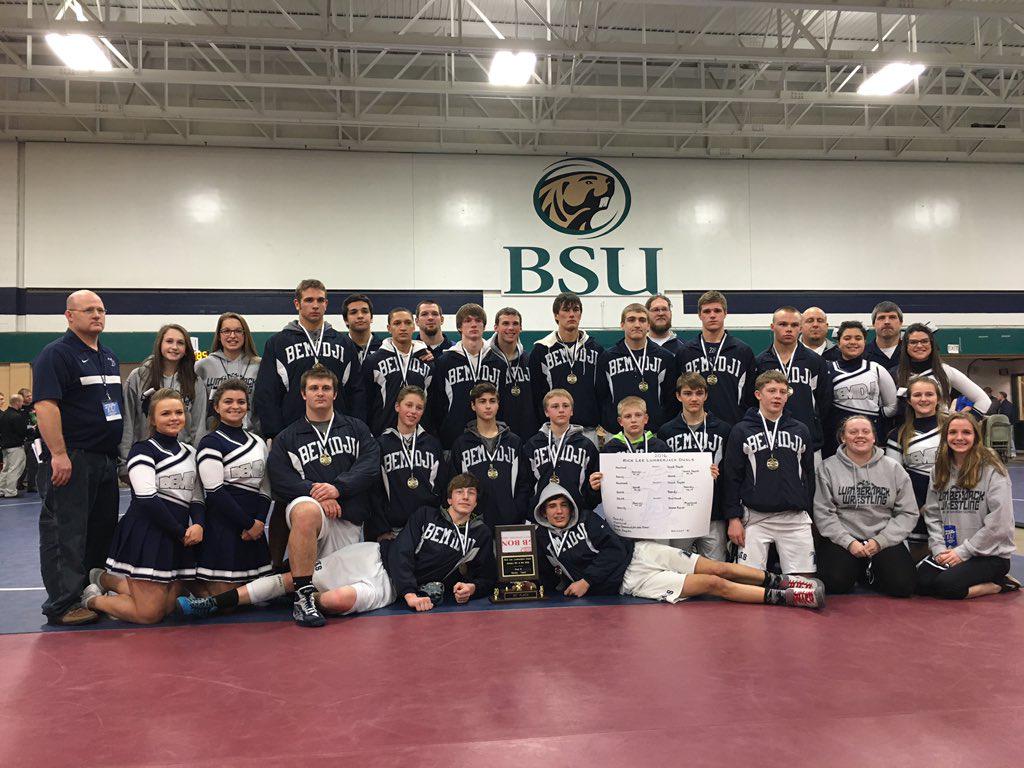 The Bemidji High School wrestling team was recognized March 19 at its annual awards banquet at BHS.

The Lumberjacks went 21-11 on the year and won the Section 8-3A Tournament. They also made their first state appearance since 2011, where they finished fourth and tied the program’s best finish.

All three individuals representing the Bemidji High School wrestling team placed in the Class 3A individual state tournament when the action wrapped up on Saturday inside the Xcel Energy Center in St. Paul.

Chance Hinrichs came in fourth at 152 pounds, while Peter Moen and Kaleb Beam were fifth at 195 and 285, respectively.

At last year’s individual state wrestling tournament, Bemidji High School senior Peter Moen’s season ended at the hands of Mounds View’s Rowan Morgan.  But on Friday, Moen kept his state title hopes alive by pinning Morgan in the 195-pound quarterfinals of the Class 3A individual state tournament at the Xcel Energy Center in St. Paul.  The win was Moen’s second on the day, the two combining to put him in the state semifinals and two more wins away from a championship.

Moen was joined at the state tournament by fellow BHS seniors Chance Hinrichs (152 pounds) and Kaleb Beam (285 pounds). Hinrichs and Beam both won their openers, as well, before falling to the respective No. 1 seeds in their brackets.

All three return to the mat when action resumes at 9:30 a.m. Saturday at the Xcel Energy Center.