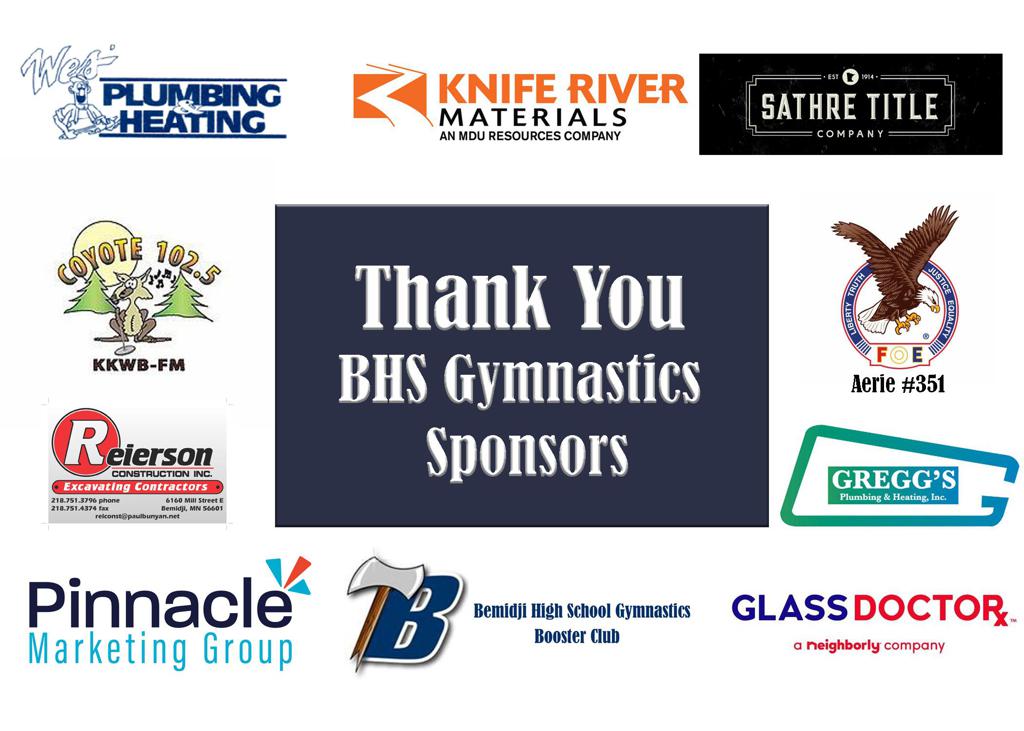 Lauren Berg had a day to remember on Saturday. The junior gymnast put on the greatest state performance in program history, tying for fourth on the vault at the Class AA state meet. Berg’s place, as well as her score of 9.775, are the highest state meet marks for any BHS individual. Not to be outdone, Berg was joined at the state meet by Mady Schmidt (fifth on floor, 9.475) and Tatum Offerdahl (11th on bars, 9.3), both of whom put on historic showings of their own in Bemidji’s grand finale to the season.

Gymnasts Shine in Best Showing Ever at MSHSL State Meet

Not only did Bemidji compete in all four events for the first time ever, but all three gymnasts who participated finished higher than any Lumberjack has ever placed previously.

Lauren Berg ascends the rankings to become the top state finisher in BHS history, tying for fourth on vault with a score of 9.775. Berg’s mark also becomes the program’s best-ever individual score, better than her own 9.475 she earned on vault a year ago.

In her state debut, Mady Schmidt was right behind Berg on Saturday, joining her on the podium by placing fifth on the floor with a 9.475 showing.

Tatum Offerdahl was also a top-15 gymnast on the uneven bars. The four-year state veteran posted her best-ever finish by placing 11th with a score of 9.3.

The Bemidji High School gymnastics team matched its program record Saturday for the most gymnasts to qualify for the Class AA state meet in one season.